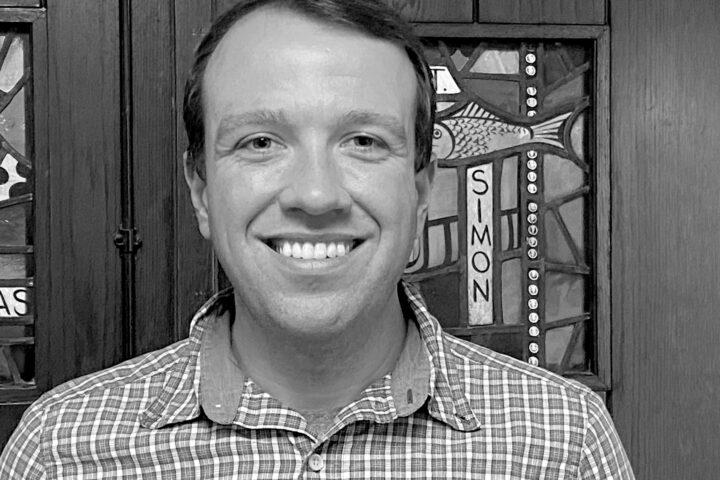 Dustin Woods from Paintsville, Kentucky, is our new Associate Minister. He graduated from Georgetown College and received his Masters in Divinity from Asbury this spring. He served a church in Scott County during his ministry training.  Dustin spent six years as a middle school Social Studies teacher and academic coach prior to answering the call to ministry.  His wife, Emily, is from Buckner in Oldham County and has been a middle and high school math teacher. They have four sons ages 7…